A couple of months ago I took delivery of a new company car. After much deliberation, the model which ticked the most boxes was the new Volvo XC60. It’s big, quite quick, economical on fuel, well kitted out, uber safe and the tax is pretty low.

I’ve been very impressed with it so far in the 4000 or so miles I’ve done. The only things that bother me a bit are the firm sports suspension and the automatic stop/start, which is to save fuel. Apparently. I quizzed a friend who’s in R+D at Toyota on this and he said that ‘stop/ start’ doesn’t really make a big difference. The engine has to be off for 15 seconds for it to save any fuel. Mine seems to shut off for a matter of 2-3 seconds for the most part! 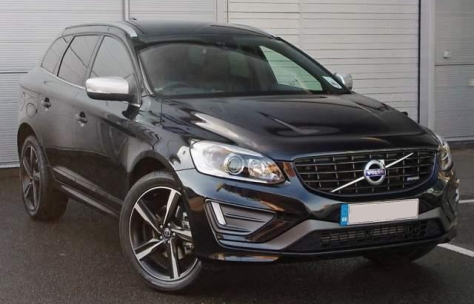 I did however get a bit of a shock recently when my car decided to stop itself! All new Volvo’s have an automatic braking safety system, called City Safety. It stops the vehicle if you are traveling at low speed and it senses an imminent impact. Mine activated when I pulled into a parking space a little enthusiastically. I was confident I could stop, but the car wasn’t so convinced.

You can see a demo video on how this system works by clicking here.

So why am I blogging about this you might ask?

Well, having given this a bit more thought, it occurred to me what a genuinely great idea this is. Yes, its a good safety feature and it will help mitigate collisions and injuries, but it could also significantly reduce the amount of fraudulent whiplash injuries and the inevitable claims for compensation that follow! These have a huge impact on Insurance Premiums.

The Association of British Insurers estimates that 7% of all motor claims are fraudulent, and that dishonest personal motor insurance frauds worth £441 million are claimed each year.

A few years ago someone went into the back of my car (an incident that could have been avoided if City Safety was installed). The cars got fixed and all was fine, including myself. However, for weeks/ months afterwards I received calls from third party claims companies offering me compensation. I refused every time, but they seemed shocked that I didn’t want to pursue a claim! These companies make money out of claims so it’s obviously big business.

This is a serious issue which Central Government are looking into. You can see a MoJ report on this here. I think they should stop claims companies from advertising so much and implementing aggressive cold-call campaigns to drive business. How do they get peoples personal details and information about accidents?

Surely the answer is “simples”; to reduce the number low speed accidents and potential false claims, make all car manufactures install this safety feature on their cars…