Every year in the UK, and most of the world, we stop for a moment to remember all those civilians and service personnel who have lost their lives during conflict. This day and its timings date back to the end of World War 1 in 1919, but as every year passes; people are still losing their lives in the line of duty. In Afghanistan in 2012 around 500 British soldiers were killed. However the figures from the two World Wars we have endured are staggering! 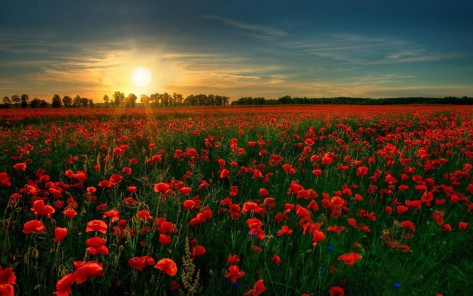 In WW I there are estimated to have been 37 million total casualties, with 16 million deaths. Of those around 1 million British people died. In WW II a massive 60 million people died. That equated 2.5 % of the total population of the world and made it the deadliest military conflict in history. The UK lost around 400,000 this time round. These figures include both service personnel and civilians.

Those people who survived these wars are sadly diminishing from us, but the memories must somehow live on.

In 2013 it’s hard to comprehend how life would have been during these conflicts. Life back then was clearly very different and communication would have been very limited – and slow. If conflict or tragedy occurs today; we get to know about it and see it happening live.

The closest I have been to sensing what war would have been like was around 10 years ago when I visited Ypres. I went to one of the many war cemeteries and witnessed hundreds of identical gravestones all immaculately lined up, there were fields of them! We also went to a museum which was full of objects found in the fields after the war. There was also an original arrangement of trenches which you could walk through. This experience was both moving and sobering. I somehow felt privileged to have been there, on the very soil where relentless and bloody conflict took place.

In September this year two Yorkshire based artists, Jamie Wardley and Andy Moss, created a temporary piece of art on the beaches of the D-Day landings;

“On the 21st September 2013 it is International Peace Day. We are making an event called ‘The Fallen’ on the D-Day landing beach of Arromanches in northern France that illustrates what happens with the absence of peace. It was on the 6th June 1944 that a total of 9,000 civilians, German forces and Allies lost their lives. Our challenge is to represent those lives lost between the times of the tide with a stark visual representation using stencilled sand drawings of people on the beach. Each silhouette represents a life and when it is washed away its loss. There is no distinction between nationalities, they will only be known as ‘The Fallen’.”

This is a very creative way to mark and remember this atrocious event and those lives lost. You can find out more here.

In the early 2000’s The National War Arboretum was built near Lichfield in Staffordshire. It was created to “honour the fallen, recognise sacrifice and foster pride in our country”. It is a creation of 250 memorials within a 150-acre park. Over 50,000 trees have also been planted for the arboretum to be a living tribute. I’ve been there a couple of times, but would like to go back sometime soon. It’s certainly worth a visit I would say. You can find out more here.

I think we have social and moral duty to mark Remembrance Day with the utmost of respect. So many people have lost their lives and continue to put themselves in grave danger to promote peace in the world.

All military service personnel of the British forces, both past and present – we respect you immensely – Thank you.