Last week I was out in Cannes for the annual MIPIM property conference. This year I attended as part of the Manchester at MIPIM Partnership – an extremely well organised delegation of public and private sector partners, led by Sir Howard Bernstein at the City Council.

“Welcoming Lewis and Hickey Architects into the Manchester at Mipim partnership this year demonstrates how the City can achieve great exposure through collaborative working. It also shows that our team is a strong partnership which is inclusive. We want to engage with and support businesses who are established in the City, alongside those who are looking to increase their profile and grow.” Sir Howard Bernstein, Chief Executive, Manchester City Council.

It was a very successful week for me and I believe I achieved a number of key objectives. These were; to raise our profile in the Manchester property community, to spend time with colleagues from Team Nottingham (part of Invest in Nottingham) and to make as many new contacts as possible through one-to-one meetings and numerous events I attended.

Despite some of the perceptions about MIPIM being all very nice on the Cote D’Azur, it is a tough week. I went with the sole objective of maximising outcomes – I think most people now go with this ethos. I did three back-to-back 18 hour days (from leaving my hotel to returning again). I don’t think I could have pushed myself much further. My feet/ legs took a battering.

Here’s a quick numbers overview of the three main days of the conference (Tuesday-Thursday);

One of the highlights was listening to Brian Cox on the Manchester stand. It was a very smart move getting him involved as it attracted a lot of media attention. Brian spoke in a very informed and engaging manor; he’s a superb public speaker. He emphasised how important it is for the Government to invest more into leading innovation research, especially through our Universities. I think this is a very good point. You can see Brian Cox’s presentation at the link below (its worth a watch). I’m one of the two blokes at the front with a bald spot. I will refrain from naming the other one!

Click here for the Brian Cox at MIPIM video 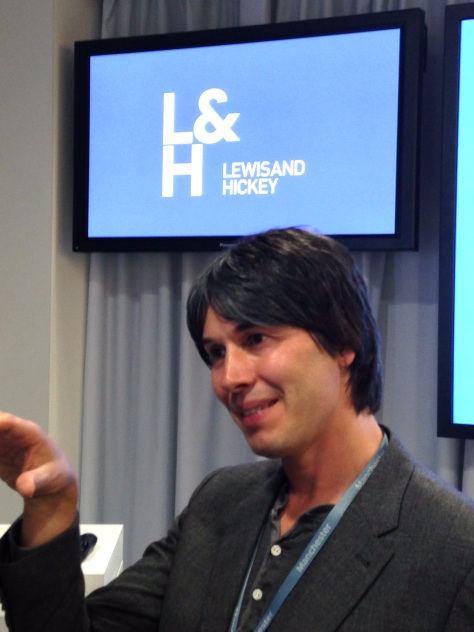 So now I have the important task of following up the leads I have, to ensure we can realise value from being at MIPIM this year. I have already secured one major University opportunity from a meeting there, and have also been asked to look at another development opportunity.

2 thoughts on “My MIPIM in numbers”